The Crime of the Congo 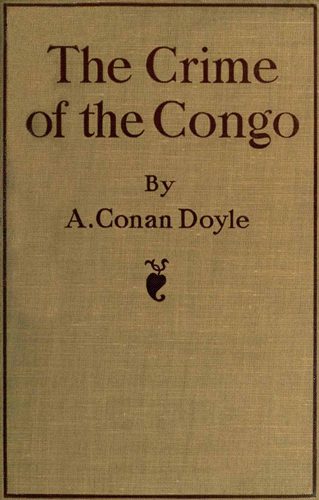 Written in 1909, in “The Crime of the Congo” Doyle documents the atrocities committed in the Congo Free State, the personal possession of Leopold II of Belgium.

Buy this book from Amazon

There are many of us in England who consider the crime which has been wrought in the Congo lands by King Leopold of Belgium and his followers to be the greatest which has ever been known in human annals. Personally I am strongly of that opinion. There have been great expropriations like that of the Normans in England or of the English in Ireland. There have been massacres of populations like that of the South Americans by the Spaniards or of subject nations by the Turks. But never before has there been such a mixture of wholesale expropriation and wholesale massacre all done under an odious guise of philanthropy and with the lowest commercial motives as a reason. It is this sordid cause and the unctious hypocrisy which makes this crime unparalleled in its horror.

How the Congo Free State Came to be Founded

The Development of the Congo State

The Working of the System

First Fruits of the System

Further Fruits of the System

Voices from the Darkness

King Leopold’s Commission and Its Report

The Congo After the Commission

Some Catholic Testimony as to the Congo

The Evidence Up to Date