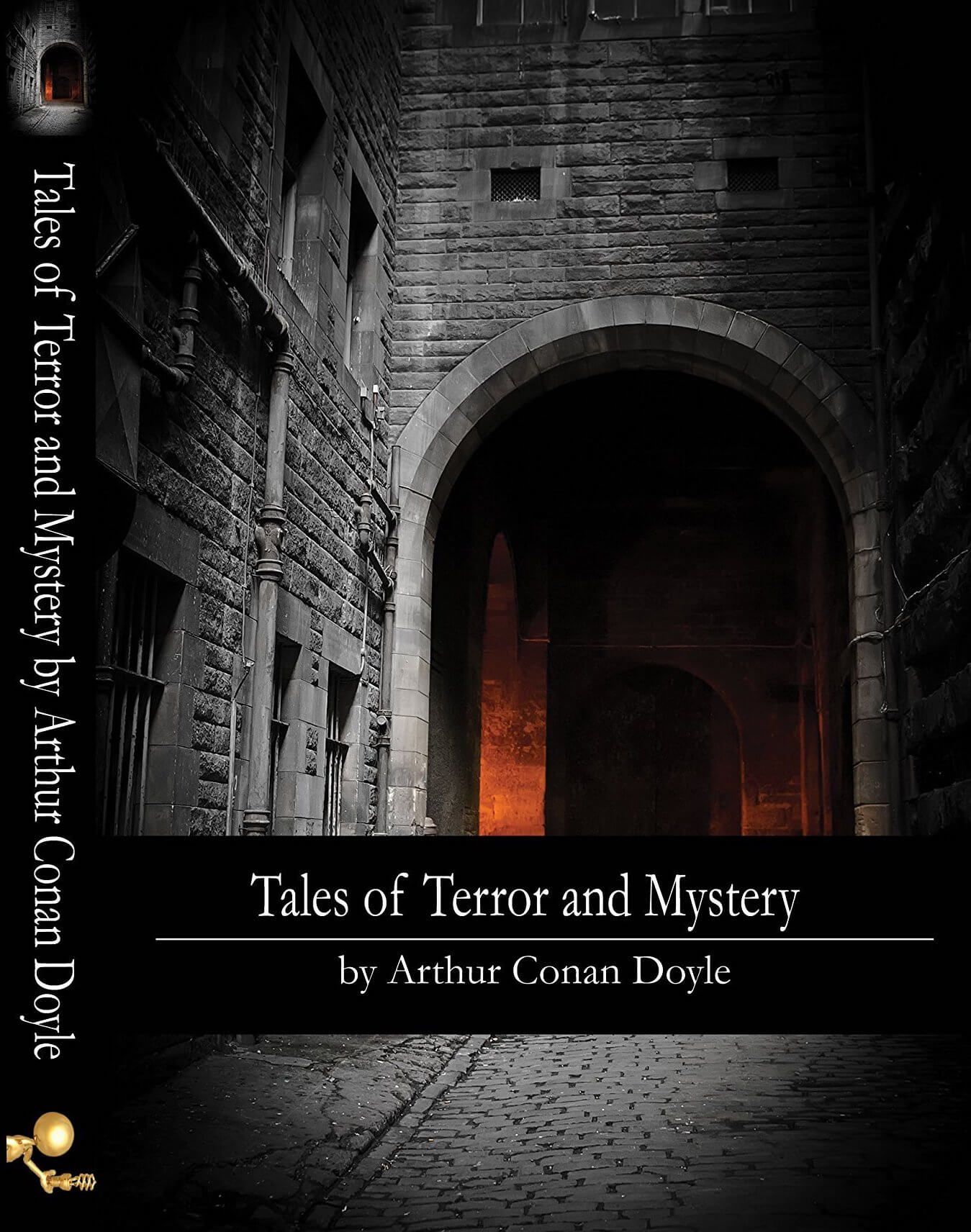 Bishop’s Crossing is a small village lying ten miles in a south-westerly direction from Liverpool. Here in the early seventies there settled a doctor named Aloysius Lana. Nothing was known locally either of his antecedents or of the reasons which had prompted him to come to this Lancashire hamlet. Two facts only were certain about him; the one that he had gained his medical qualification with some distinction at Glasgow; the other that he came undoubtedly of a tropical race, and was so dark that he might almost have had a strain of the Indian in his composition. His predominant features were, however, European, and he possessed a stately courtesy and carriage which suggested a Spanish extraction. A swarthy skin, raven-black hair, and dark, sparkling eyes under a pair of heavily-tufted brows made a strange contrast to the flaxen or chestnut rustics of England, and the newcomer was soon known as “The Black Doctor of Bishop’s Crossing.” At first it was a term of ridicule and reproach; as the years went on it became a title of honour which was familiar to the whole countryside, and extended far beyond the narrow confines of the village.

For the newcomer proved himself to be a capable surgeon and an accomplished physician. The practice of that district had been in the hands of Edward Rowe, the son of Sir William Rowe, the Liverpool consultant, but he had not inherited the talents of his father, and Dr. Lana, with his advantages of presence and of manner, soon beat him out of the field. Dr. Lana’s social success was as rapid as his professional. A remarkable surgical cure in the case of the Hon. James Lowry, the second son of Lord Belton, was the means of introducing him to county society, where he became a favourite through the charm of his conversation and the elegance of his manners. An absence of antecedents and of relatives is sometimes an aid rather than an impediment to social advancement, and the distinguished individuality of the handsome doctor was its own recommendation.

His patients had one fault—and one fault only—to find with him. He appeared to be a confirmed bachelor. This was the more remarkable since the house which he occupied was a large one, and it was known that his success in practice had enabled him to save considerable sums. At first the local matchmakers were continually coupling his name with one or other of the eligible ladies, but as years passed and Dr. Lana remained unmarried, it came to be generally understood that for some reason he must remain a bachelor. Some even went so far as to assert that he was already married, and that it was in order to escape the consequence of an early misalliance that he had buried himself at Bishop’s Crossing. And, then, just as the matchmakers had finally given him up in despair, his engagement was suddenly announced to Miss Frances Morton, of Leigh Hall.

Miss Morton was a young lady who was well known upon the country-side, her father, James Haldane Morton, having been the Squire of Bishop’s Crossing. Both her parents were, however, dead, and she lived with her only brother, Arthur Morton, who had inherited the family estate. In person Miss Morton was tall and stately, and she was famous for her quick, impetuous nature and for her strength of character. She met Dr. Lana at a garden-party, and a friendship, which quickly ripened into love, sprang up between them. Nothing could exceed their devotion to each other. There was some discrepancy in age, he being thirty-seven, and she twenty-four; but, save in that one respect, there was no possible objection to be found with the match. The engagement was in February, and it was arranged that the marriage should take place in August.

Upon the 3rd of June Dr. Lana received a letter from abroad. In a small village the postmaster is also in a position to be the gossip-master, and Mr. Bankley, of Bishop’s Crossing, had many of the secrets of his neighbours in his possession. Of this particular letter he remarked only that it was in a curious envelope, that it was in a man’s handwriting, that the postscript was Buenos Ayres, and the stamp of the Argentine Republic. It was the first letter which he had ever known Dr. Lana to have from abroad and this was the reason why his attention was particularly called to it before he handed it to the local postman. It was delivered by the evening delivery of that date.

Next morning—that is, upon the 4th of June—Dr. Lana called upon Miss Morton, and a long interview followed, from which he was observed to return in a state of great agitation. Miss Morton remained in her room all that day, and her maid found her several times in tears. In the course of a week it was an open secret to the whole village that the engagement was at an end, that Dr. Lana had behaved shamefully to the young lady, and that Arthur Morton, her brother, was talking of horse-whipping him. In what particular respect the doctor had behaved badly was unknown—some surmised one thing and some another; but it was observed, and taken as the obvious sign of a guilty conscience, that he would go for miles round rather than pass the windows of Leigh Hall, and that he gave up attending morning service upon Sundays where he might have met the young lady. There was an advertisement also in the Lancet as to the sale of a practice which mentioned no names, but which was thought by some to refer to Bishop’s Crossing, and to mean that Dr. Lana was thinking of abandoning the scene of his success. Such was the position of affairs when, upon the evening of Monday, June 21st, there came a fresh development which changed what had been a mere village scandal into a tragedy which arrested the attention of the whole nation. Some detail is necessary to cause the facts of that evening to present their full significance.

The sole occupants of the doctor’s house were his housekeeper, an elderly and most respectable woman, named Martha Woods, and a young servant—Mary Pilling. The coachman and the surgery-boy slept out. It was the custom of the doctor to sit at night in his study, which was next the surgery in the wing of the house which was farthest from the servants’ quarters. This side of the house had a door of its own for the convenience of patients, so that it was possible for the doctor to admit and receive a visitor there without the knowledge of anyone. As a matter of fact, when patients came late it was quite usual for him to let them in and out by the surgery entrance, for the maid and the housekeeper were in the habit of retiring early.

On this particular night Martha Woods went into the doctor’s study at half-past nine, and found him writing at his desk. She bade him good night, sent the maid to bed, and then occupied herself until a quarter to eleven in household matters. It was striking eleven upon the hall clock when she went to her own room. She had been there about a quarter of an hour or twenty minutes when she heard a cry or call, which appeared to come from within the house. She waited some time, but it was not repeated. Much alarmed, for the sound was loud and urgent, she put on a dressing-gown, and ran at the top of her speed to the doctor’s study.

“Who’s there?” cried a voice, as she tapped at the door.

“I beg that you will leave me in peace. Go back to your room this instant!” cried the voice, which was, to the best of her belief, that of her master. The tone was so harsh and so unlike her master’s usual manner, that she was surprised and hurt.

“I thought I heard you calling, sir,” she explained, but no answer was given to her. Mrs. Woods looked at the clock as she returned to her room, and it was then half-past eleven.

At some period between eleven and twelve (she could not be positive as to the exact hour) a patient called upon the doctor and was unable to get any reply from him. This late visitor was Mrs. Madding, the wife of the village grocer, who was dangerously ill of typhoid fever. Dr. Lana had asked her to look in the last thing and let him know how her husband was progressing. She observed that the light was burning in the study, but having knocked several times at the surgery door without response, she concluded that the doctor had been called out, and so returned home.

There is a short, winding drive with a lamp at the end of it leading down from the house to the road. As Mrs. Madding emerged from the gate a man was coming along the footpath. Thinking that it might be Dr. Lana returning from some professional visit, she waited for him, and was surprised to see that it was Mr. Arthur Morton, the young squire. In the light of the lamp she observed that his manner was excited, and that he carried in his hand a heavy hunting-crop. He was turning in at the gate when she addressed him.

“How do you know that?” he asked harshly.

“I have been to the surgery door, sir.”

“I see a light,” said the young squire, looking up the drive. “That is in his study, is it not?”

“Well, he must come in again,” said young Morton, and passed through the gate while Mrs. Madding went upon her homeward way.